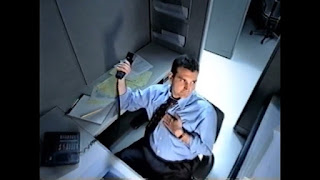 “What if I don’t do it right? Are they still angry about the hair? Money? How MUCH money?” All of that is fear based thinking which means we now look, smell and taste like everyone in that Village. And they don’t want anything to do with what looks, smells, and tastes like them. Instead they gravitate towards those in service and want to work with them again and again and again. Which is a career. Even if no one recognizes you at the gym.
Posted by bill at 5:03 PM